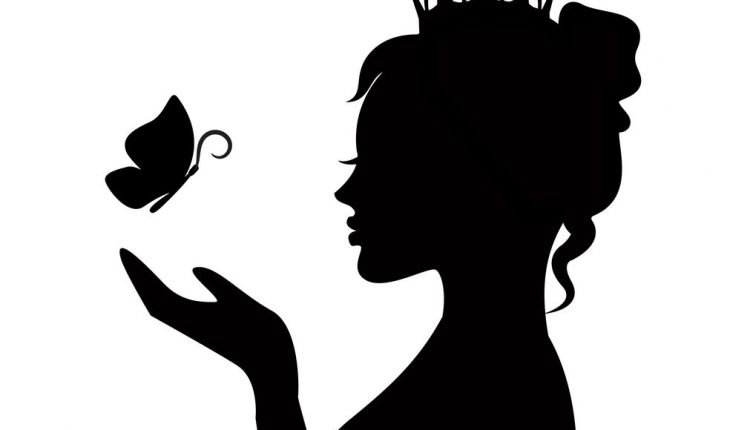 A woman is the full circle. Within her is the power to create, nurture and transform. Diane Mariechild

And the day came when the risk to remain tight in a bud was more painful than the risk it took to blossom. Anaïs Nin

Do not tame the wolf inside you just because you’ve met someone who doesn’t have the courage to handle you. Belle Estreller

Don’t be afraid to speak up for yourself. Keep fighting for your dreams! Gabby Douglas

7) Drama is very important in life: You have to come on with a bang. You never want to go out with a whimper. Julia Child

8) Everyone has inside of her a piece of good news. The good news is that you don’t know how great you can be, how much you can love, what you can accomplish, and what your potential is. Anne Frank

10) Freedom cannot be achieved unless the women have been emancipated from all forms of oppression. Nelson Mandela

11) Hold your head and your standards high even as people or circumstances try to pull you down. Tory Johnson

13) I can hear the roar of women’s silence. Thomas Sankara

14) I do not wish women to have power over men; but over themselves. Mary Shelley

15) I have learned that as long as I hold fast to my beliefs and values – and follow my own moral compass – then the only expectations I need to live up to are my own. Michelle Obama

17) If you don’t like the road you’re walking, start paving another one. Dolly Parton

21) Many receive advice, only the wise profit from it. Harper Lee

22) Men are taught to apologize for their weaknesses, women for their strengths. Lois Wyse

23) No one changes the world who isn’t obsessed. Billie Jean King

24) No one knows what you have been through or what your pretty little eyes have seen, but I can reassure you, whatever you have conquered, it shines through your mind. Nikki Rowe

26) The question isn’t who’s going to let me; it’s who is going to stop me. Ayn Rand

27) The thing women have yet to learn is nobody gives you power. You just take it. Roseanne Barr

28) The way in which we think of ourselves has everything to do with how our world sees us and how we see ourselves successfully acknowledged by the world. Arlene Rankin

29) There is no way to be a perfect mother, and a million ways to be a good one. Jill Churchill

30) This journey has always been about reaching your own other shore no matter what it is, and that dream continues. Diana Nyad

31) We need women at all levels, including the top, to change the dynamic, reshape the conversation, to make sure women’s voices are heard and heeded, not overlooked and ignored. Sheryl Sandberg

32) We realize the importance of our voices only when we are silenced. Malala Yousafzai

33) Whatever you do, be different – that was the advice my mother gave me, and I can’t think of better advice for an entrepreneur. If you’re different, you will stand out. Anita Roddick

34) When you lose a couple of times, it makes you realize how difficult it is to win. Steffi Graf

36) Woman must not accept; she must challenge. She must not be awed by that which has been built up around her; she must reverence that woman in her which struggles for expression. Margaret Sanger

37) Women asking for raises should not only know their value, but they should ask with the confidence that they’re helping the company to be successful. Kirsten Gillibrand

38) Women have discovered that they cannot rely on men’s chivalry to give them justice. Helen Keller

40) Women will only have true equality when men share with them the responsibility of bringing up the next generation. Ruth Bader Ginsburg

41) You can’t give up! If you give up, you’re like everybody else. Chris Evert

42) You cannot use another man’s leg to run your race. Wives stop waiting for your husbands to do everything. For God’s sake make an impact. Nobody is a threat to your development. Patience Johnson

44) You take your life in your own hands, and what happens? A terrible thing, no one to blame. Erica Jong

45)Authors and writers often say it best; their wise words are perfect for short, succinct quotes. With that in mind, we’ve put together some great quotes from female writers like the esteemed Maya Angelou and JK Rowling:

46)Your silence will not protect you. Audre Lorde

47) Destiny is a name often given in retrospect to choices that had dramatic consequences. J.K. Rowling

48) Everyone shines, given the right lighting. Susan Cain

50) It’s one of the greatest gifts you can give yourself, to forgive. Forgive everybody. Maya Angelou

51) Not knowing you can’t do something, is sometimes all it takes to do it. Ally Carter

52) We do not need magic to change the world, we carry all the power we need inside ourselves already: we have the power to imagine better. J.K. Rowling

53) We may encounter many defeats, but we must not be defeated. Maya Angelou

54) When we speak, we are afraid our words will not be heard or welcomed. But when we are silent, we are still afraid. So, it is better to speak. Audre Lorde

55) You may encounter many defeats, but you must not be defeated. In fact, it may be necessary to encounter the defeats, so you can know who you are, what you can rise from, how you can still come out of it. Maya Angelou

56) You may not control all the events that happen to you, but you can decide not to be reduced by them. Maya Angelou

58) A man told me that for a woman, I was very opinionated. I said, ‘For a man, you’re kind of ignorant’. Anne Hathaway

60) Forget about the fast lane. If you really want to fly, just harness your power to your passion. Oprah Winfrey

62) I can’t think of any better representation of beauty than someone who is unafraid to be herself. Emma Stone

63) I didn’t get there by wishing for it or hoping for it, but by working for it. Estée Lauder

64) I have come to realize making yourself happy is most important. Never be ashamed of how you feel. You have the right to feel any emotion you want and do what makes you happy. That’s my life motto. Demi Lovato

65) I learned compassion from being discriminated against. Everything bad that’s ever happened to me has taught me compassion. Ellen DeGeneres

66) I’m selfish, impatient, and a little insecure. I make mistakes, I am out of control, and at times hard to handle. But if you can’t handle me at my worst, then you sure as hell don’t deserve me at my best. Marilyn Monroe

67) I’m tough, I’m ambitious, and I know exactly what I want. If that makes me a b*tch, okay. Madonna

68) I’ve come to believe that each of us has a personal calling that’s as unique as a fingerprint – and that the best way to succeed is to discover what you love and then find a way to offer it to others in the form of service, working hard, and also allowing the energy of the universe to lead you. Oprah Winfrey

70) If you don’t get out of the box you’ve been raised in, you won’t understand how much bigger the world is. Angelina Jolie

74) Instead of looking at the past, I put myself ahead twenty years and try to look at what I need to do now in order to get there then. Diana Ross

75) It’s not the absence of fear, it’s overcoming it. Sometimes you’ve got to blast through and have faith. Emma Watson

76) It’s possible to climb to the top without stomping on other people. Taylor Swift

77) Some women choose to follow men, and some choose to follow their dreams. If you’re wondering which way to go, remember that your career will never wake up and tell you that it doesn’t love you anymore. Lady Gaga

78) The age of a woman doesn’t mean a thing. The best tunes are played on the oldest fiddles. Ralph Waldo Emerson

79) The only person you are destined to become is the person you decide to be. Ralph Waldo Emerson

80) We need to reshape our own perception of how we view ourselves. We have to step up as women and take the lead. Beyoncé

81) What makes you different or weird, that’s your strength. Meryl Streep

82) When a woman becomes her own best friend, life is easier. Diane Von Furstenberg

83) When I’m hungry, I eat. When I’m thirsty, I drink. When I feel like saying something, I say it. Madonna

85) Women have to work much harder to make it in this world. It really pisses me off that women don’t get the same opportunities as men do, or money for that matter. Because let’s face it, money gives men the power to run the show. It gives men the power to define our values and to define what’s sexy and what’s feminine and that’s bullsh*t. At the end of the day, it’s not about equal rights, it’s about how we think. We have to reshape our own perception of how we view ourselves. Beyoncé

86) You are more powerful than you know; you are beautiful just as you are. Melissa Etheridge

87) You can be the lead in your own life. Kerry Washington

88) You have what it takes to be a victorious, independent, fearless woman. Tyra Banks

89) The age of a woman doesn’t mean a thing. The best tunes are played on the oldest fiddles. Ralph Waldo Emerson

90) The only person you are destined to become is the person you decide to be. Ralph Waldo Emerson

91) We need to reshape our own perception of how we view ourselves. We have to step up as women and take the lead. Beyoncé

92) What makes you different or weird, that’s your strength. Meryl Streep

93) When a woman becomes her own best friend, life is easier. Diane Von Furstenberg

94) When I’m hungry, I eat. When I’m thirsty, I drink. When I feel like saying something, I say it. Madonna

96) You are more powerful than you know; you are beautiful just as you are. Melissa Etheridge

97) You can be the lead in your own life. Kerry Washington

98) You have what it takes to be a victorious, independent, fearless woman. Tyra Banks

99) Doubt kills more dreams than failure ever will. Suzy Kassem

100) Encourage yourself, believe in yourself, and love yourself. Never doubt who you are. Stephanie Lahart

100 quotes about beautiful and strong woman