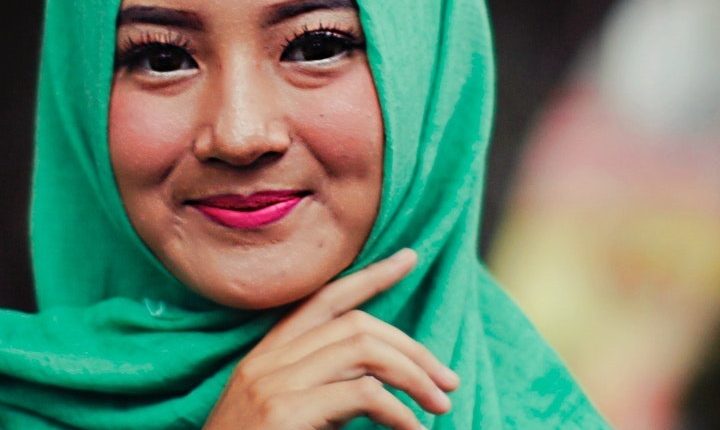 “Truly powerful woman don’t explain why they want respect. They simply don’t engage with those who don’t give it to them.”

“Strong women don’t have attitudes. They have standards.”

“The weakest thing a man can do is to talk about his woman to another woman.”

“A woman’s body makes her sexy, their smile makes her pretty but it’s a good heart and soul that makes her absolute beautiful.”

“Baby girl he didn’t play you, he played himself because you’re the good one.

“Whenever I speak to a strong woman I always want to ask; “what demons did you have to slay?”

“A woman is only helpless while her nail polish is still wet, even then she can pull the trigger.”

“When a man realizes that his woman is a teammate, not an opponent, that’s when his life changes. Don’t break her down. Build her up and let her help you win.”

“Silence is a woman’s loudest cry. You can always tell she’s really hurt when she starts ignoring you.”

“I’m a good woman, but one thing I won’t do is force a man to realize that. If he doesn’t realize that on his own, it’s his loss.”

“When a woman is talking to you, listen to what she says with her eyes.”

“Never beg, never apologize, never low your grade. Be a woman with a classy attitude.”

“Woman who say they don’t need anybody went through a lot of shit alone.”

“I’m a strong woman everything that’s hit me in life, I’ve dealt with. I’ve cried myself to sleep, picked myself back up and wiped my tears. I’ve grown from things that were meant to break me. I get stronger by the day, and have a god to thank for that.”

“Never go back to an old love, no matter how strong it is, because it’s like reading a book over and over again when you already know how it ends.”

what dark did you conquer in your story? Mountains do not rise without earthquakes

“If you break someone and they still wish you the best, you’ve lost the greatest thing for you.”

“A woman who knows what she brings to the table is not afraid to eat alone.”

“A woman becomes a reflection of how you treat her. If you don’t like how she’s acting, look at how you are treating her.”

“There’s nothing beautiful than a woman that focuses on her career, goals, and her ambitions. she’s not worried about being single because she knows God is going to send her husband right on time.”

“They say you don’t know what you have till it’s gone I say you know exactly what you had you just thought you’d never lose it.”

“A woman never forgets how a man treated her during the times she needed his support the most.”

“I want my daughter to be kind but I also want her to know that she can throat punch someone if she needs to.”

“Every woman deserves to have a partner who is proudly willing to say the whole world: yeah she is my one and only. “She is beautiful and she is mine.”

“Woman get to a point in their life, where it’s not about lust anymore, it’s about having a real man to love, trust and have her back.”

“A girl changes into a full woman when she realizes a man getting off work is more attractive than a man coming home off the block.”

“Woman was created from man’s rib. Not from his feet to be walked on, not from his head to be superior over, but from his side to be equal, under the arm to be protected, and next to the heart to be loved.”

“There is no force more powerful than a woman determined to rise.”

“It’s okay to be the mom who focuses on what you gain as your child grows and becomes more independent versus focusing on what is lost as they get older.”

“I’m not going to complain about you not texting me back, if I’m not worth your attention then ok that’s when I start to lose interest.”

“One of the biggest lessons I’ve learned this year is to not give so much of yourself to people who will not do the same for you.”

“A strong woman doesn’t seek revenge. She moves on and lets karma do her dirty works.”

“She is dangerous when she is hurt. She can easily destroy everything around her, but she doesn’t. Instead, she destroys herself.”

“So proud of how I handled this year. I fought so many silent battles. I had to humble myself, wipe my own tears, & pat myself on the back.”

“I’m not someone who can be controlled. I want someone who will watch me do my thing and be like “that’s my girl”

“Mirror, mirror on the wall, I’ll always get up after I fall. And whether I run, walk or have to crawl, I’ll set my goals and achieve them all.”

“Be the kind of woman that when your feet hit the floor each morning the devil says “Oh crap, she’s up!”

“A strong woman is one who is able to smile this morning like she wasn’t crying last night.”

“She’s a strong cup of black coffee in a world that is drunk on the cheap wine of shallow love.”

“A woman can’t change a man because she loves him, a man changes himself because he loves her.”

“She wore her scars as her best attire. A stunning dress made of hellfire.”

“Feminism isn’t about making women stronger. Women are already strong. It’s about changing the way the world perceives that strength.”

“No woman who had been intimate with a god was easily disturbed.”

“Make a relationship work it takes a lot of forgiveness and hard work. You can’t just walk away when things get difficult.”

“To make a woman happy, give her these three thing: attention, affection and appreciation.”

“A strong woman will automatically stop trying if she feels unwanted. She won’t fix it or beg, she’ll just walk away.”

“If a man makes you feel like you’re disturbing him, do yourself a favor and never bother him again.”

“Just remember that all the crap someone puts you through, sooner or later finds its way back to them.”

“She just wants a man who will try his best to be her best.”

“A female never forgets how a man treats her during the time she needs his support the most.”

“One day he’s going to look back and say damn that girl really did love me.”

“Your boyfriend/husband doesn’t trust you around men because of what he does when he is around other girls.”

“A good woman will always be a good woman that’s why every dude she ever had wants her back.”

“If you cheat, I’m not cheating back. My loyalty is going to hurt you in the end.”

“You lost her when you made her feel like she’s not worth it.”

“Admire a woman who draws silent attention. She doesn’t need to make a spectacle of herself to the world. You notice her without realizing.”

“The smarter the woman is, the more difficult it is to find the right man.”

“The most attractive quality in a woman is when you know she hasn’t been with everybody and won’t be with just anybody.”

“She can love you so much and still turn around and leave you. Remember, a good woman knows her worth.”

“A good woman is not easy to find nowadays. You have to steal her from a careless man who doesn’t value what he has.”

“Some women settle for a piece of a man, and end up sacrificing a peace of mind.”

“A relationship where you can act like complete idiots together is probably the best thing ever.”

“She turned off her phone, hugging her pillow tight, and reminding that sweet moments with him and cried silently whole night.”

“Honestly, if a man wants you, you won’t have to ask for effort. He’ll make time. He’ll call you. Trust me, no man is too busy for a woman he truly wants.”

“A good woman is not interested in your money or your status. What she wants from you is your time, loyalty, love, and commitment.”

“May your next man be your best man and your last man.”

“The problem is women think he will change, he won’t. And men think she will never leave, she will.”

“If you love too hard just stay single because people in this generation don’t appreciate that shit anymore.”

“Couples don’t breakup anymore, one person acts like an asshole till the other person can’t take it anymore.”

“Don’t chase, don’t beg, don’t be desperate, just relax. When you relax, it will come to you. Make your wants, want you.”

“Don’t be a girl with just a pretty face. Be the woman with everything- beauty, brains, and money. Be the successful and independent woman that these girls can’t mess with, and these boys can’t touch.”

“You haven’t lost who you are, you’re just different now. And that’s okay.”

“Strong women fight with grace in their heart, kindness in their voice, and love in their souls.”

“I truly respect the people who stay strong even when they have every right to break down.”

“Mother told me a couple years ago. ‘Sweetheart, settle down and marry a rich man’. I said, ‘mom, I am a rich man.”

“Always be careful of what you hear about a woman. Rumors either come from a man that can’t have her, or a woman who can’t compete with her.”

“I’m a feminist. I’ve been a female for a long time now. It’d be stupid not to be on my own side.”